Finally, the definitive ranking of every letter in the alphabet. Learn about the interesting roles each letter plays, along with their origins, Greek equivalents, and why they make the sounds they make.

Schoolchildren once recited the alphabet with 27 letters. After Z, they would say, "and, per se and," referring to the symbol "&." Per se means "by itself," and so the phrase translates to "&, by itself, means 'and.'" Those words—"and, per se and"—ran together (kind of like LMNO) and entered the language as a single word, pronounced "ampersand," a spelling that dates from 1837.
However, the symbol itself is much older. The ampersand is a ligature (combination) of the cursive letters "e" and "t," invented in 63 BC by Marcus Tirus as shorthand for the Latin word for "and"—et (as in et cetera ("and other things") and "Et tu, Brute?").

Z represents the voiced correspondent of voiceless s, as in the English "zebra." Its original is the Greek zeta, which the Romans borrowed and added to their alphabet. Americans pronounce this letter as "zee." In most other English-speaking countries, it is called "zed."

Y was a Latin importation of the eastern Greek upsilon, which was pronounced like ü; the Romans used it for Greek words. In English, y mainly represents the semivowel occurring in words such as "yet"; the same semivowel is the second member of the diphthongs ā, ē, ī, and oi. The modern use of y in "ye" for "the" (as in "Ye Olde Shoppe") is based on a misreading of an old sign for "th." In chemistry, Y is the symbol for the element yttrium.

In English, X has no peculiar sound, but stands for the combination ks as in "fox," or gz as in "exempt," or, initially, for the sound of z as in "xenia." In words from Greek, x transliterates the 14th Greek letter, xi, a letter perhaps quite unrelated to the Roman x in form. The formal Greek correspondent of x was chi, hence it is used in phonetics to represent a velar fricative like ch in "loch." As the initial of the name Christ, X has become a symbol for it, e.g., in "Xmas" and in the monogram "XP" (chi rho). In Roman numerals, X stands for 10.

In form, W is a doubled u or v. It is the symbol of a voiced bilabial semivowel, as in the English "wing." The same semivowel occurs as second member of the dipthongs au (as in house), ō, and o͞o. In "twice," the w represents a voiceless semivowel, which is heard also in some dialects that distinguish between "where" and "wear." In chemistry, W is the symbol for the element tungsten

V is a symbol for a voiced labiodental spirant, as in the English "vat." In Roman numerals, it corresponds to Arabic 5. In chemistry, V is the symbol of the element vanadium.

U corresponds to the Greek upsilon. Until the late Middle Ages, the capital was V, the minuscule u, with no distinction being made between the consonantal and vocalic uses of the letter. The fixing of modern orthography, however, has restricted u to the vowel, v to the consonant. In phonetics, ŭ usually represents a high back rounded vowel, rather like o͝o in "foot"; English ū is a triphthong of y, o͝o, and w as in "utensil"; the Continental ū, or o͞o, is a diphthong of o͝o and w, as in "glue". In chemistry, U is the symbol of the element uranium.

T corresponds to the Greek tau. It represents the unvoiced dental or, as in English, the alveolar stop. The diagraph "th" represents the characteristic English interdental fricative, voiced in "this," voiceless in "thing."

S represents the common sibilant, voiceless in "spur," voiced in "rose." Its Greek equivalent is sigma. In former times, the nonterminal s was written or printed much like an f without the right half of the cross bar. In chemistry, S is the symbol of the element sulfur.

R corresponds to Greek rho. When the letters for p and r became similar in appearance in Latin alphabets, the rho form (P; which at first was used for the r sound) was restricted to the p sound, and an extra line was added for the r sound (R). In Greek, where no confusion developed, the rho continued to look like Latin P. A modification of R is the symbol ℞, used medically for the Latin recipe ("take it") and liturgically for the Latin responsum ("response").

Q corresponds to the koppa of western Greek alphabets. In English, Q must almost always be followed by U ("queen," "question"), and the combination properly represents a sound much like the true voiceless labiovelar stop (also represented by the combination kw).

P represents the voiceless bilabial stop. It corresponds to Greek pi, but in form it looks like Greek rho. In chemistry, P is the symbol of the element phosphorus.

The English ō is a diphthong of ŏ and w. In chemistry, O is the symbol of the element oxygen. In surnames, O' is derived from the Irish patronymic system; e.g., O'Neill meant "grandson of Niall," probably referring originally to Niall Glundubh, high king of Ireland, 915–19.

M usually represents a bilabial nasal as in the English "much." It corresponds with the Greek mu. M is the Roman numeral for 1,000.

L is a symbol for a lateral consonant, as in the English "lateral." The Greek correspondent is lambda. L is the Roman numeral for 50.

K is a symbol for a voiceless velar stop, as in the English "cook." It corresponds to Greek kappa. In chemistry, K is the symbol for the element potassium

J is a Western European medieval development of I, with which it was formerly quite interchangeable in writing. It is pronounced as a consonant in English and often as a y in other languages, as in the Hebrew hallelujah.

I can be pronounced with a short vowel sound, as the ĭ in "sit," or with a long vowel sound, like the ī in "ride," a diphthong of ä and y. The Greek correspondent is iota. In chemistry, I is the symbol of the element iodine.

G is a symbol for a voiced velar stop, as in the English "go." It was originally a differentiated form of Greek gamma, which has C as its formal Roman correspondent. In musical notation. G represents a note on the scale. In physics, G stands for the gravitational constant.

The Greek letter corresponding to F, digamma, which probably represented a sound like w, disappeared before the classical period. In Western alphabets, f has usually represented the voiceless labiodental fricative, as in the English "fast." In musical notation, F stands for a note in the scale. In chemistry, F is the symbol of the element fluorine.

E is a symbol for a mid-front vowel, such as ĕ in the English "step." A mid-front vowel was represented by the Greek epsilon, to which E corresponds in form and place. English ē is pronounced as a diphthong of ĭ and y. In musical notation, E represents a note in the scale.

D corresponds to the Greek delta. It is a symbol for a voiced dental or, as in English, alveolar stop. The capital D represents a note in the scale in musical notation and, in Roman numerals, the number 500.

In position and form, but not in meaning, C corresponds to Greek gamma. In English, it is pronounced variously, e.g., in "can," "cent," "church," and "loch." In musical notation, it symbolizes a note in the scale. In chemistry, it is the symbol of the element carbon. C is the Roman numeral for 100.

The Greek correspondent of B is beta. B is a symbol for a voiced bilabial stop. In musical notation, it is used to represent a note in the scale. In chemistry, B is the symbol of the element boron.

A is a symbol for a low central vowel, as in "father"; the English long a (ā) is pronounced as a diphthong of ĕ and y. The corresponding letter of the Greek alphabet is alpha. Alpha and omega, the last letter of the Greek alphabet, symbolize the beginning and the end and, in the New Testament, Christ. In musical notation, A is the symbol of a note in the scale. It is also used to denote the first in a series, especially the highest grade or mark, as in an examination.
See how letters came from words (not the other way around).
Get all volumes of The Farlex Grammar Book in paperback or eBook. 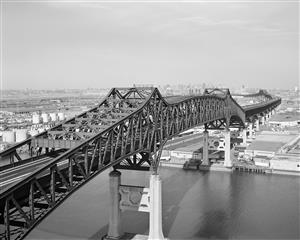 Refine your writing with this list of transition words
Feedback
Trending