Modal auxiliary verbs express different shades of meaning; very often, they can be quite similar in how they are used, and it is sometimes unclear when it’s more appropriate to use one instead of another. Below, we’ll look at some comparisons between commonly confused modal verbs.

Indicating the future – Will / Shall

Will is the most common modal verb used to indicate one of the future tenses, as in:
We can also use shall in place of will to form the future tense or a polite invitation, but this is traditionally only done when the subject is in the first person (I or we). For instance:
When used with a second- or third-person subject, shall is usually used to express commands, rules, obligations, or maxims, as in:
However, all of these sentences sound very formal, and will is much more commonly used in all instances, especially in American English.

Each of these four modal verbs can be used to ask for permission, and each changes how formal the sentence is:
In the above examples, can, could, may, and might are all used to request to permission do something.
Can is the least formal of the four, and some sticklers for grammatical etiquette will claim that it should not be used in this way at all; however, it is perfectly acceptable in informal conversation.
Could is more polite and a bit more formal than can. We can use this in most situations, except perhaps in very formal conversation.
May is more formal than either can or could, and it is commonly used as the standard modal verb to express or request permission.
Might is the most formal of them all; however, it can only be used to request permission (not to state that someone has permission), and it is not commonly used except in extremely formal circumstances.

Indicating ability – Can / Could

We use may and might to express a possibility. When describing a possible action, they generally indicate the same 50 percent chance of likelihood. For example:
May is regarded as being more formal in this use.
Both may and might are also used to indicate a possible outcome or set of circumstances. In this case, might tends to express less certainty or a lower likelihood than may, although the difference is slight. For example:

Shall, may, and can can all be used to offer to do something for someone. For example:
May is considered more formal and polite than can, although can is perfectly acceptable. Can and may, however, are both a little less direct than shall, which is used as more of a polite suggestion.

All four of these modals can be used to make a request of someone, with differing degrees of politeness:
Could and would are the most polite modals to use for requests; however, the accompanying language we use (saying “please,” “if you don’t mind,” “if you could be so kind,” etc.) makes a bigger difference on the politeness of the request, no matter which modal verb is used.

Indicating an obligation – Must / Shall / Should / Will

When expressing an obligation to do something, we often use must, which is particularly direct and forceful. This might be found in a public notice, as in:
Must can also be used in direct commands or directives, such as:
We usually only find shall being used to express obligations in contracts or legal documents; it is used as a more polite and formal construction than must. For instance:
When indicating obligation in more conversational English, we tend to use should instead, which is less formal than either shall or must. It is also less forceful than either, and it is used as more of a strong suggestion of what is best or most proper to do. For example:
We can technically use will in the same way as must, shall and should, but it is even more forceful than must and is less commonly used; it is generally reserved for strong commands or directives, as in:
Get all volumes of The Farlex Grammar Book in paperback or eBook. 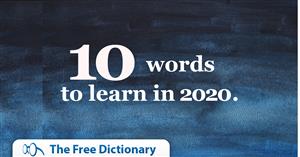