In the following sections, we’ll look at various examples of regular and irregular verbs and how the past simple tense and past participle are formed for each one.
We’ll also look at a few examples of how each of these different forms functions in a sentence.

What is a regular verb?

Regular verbs are defined as having both their past simple tense and past participle forms constructed by adding the suffixes “-d” or “-ed” to the end of the word. For most regular verbs, this is the only change to the word’s spelling.
Here are some examples of common regular verbs:
In all of the previous examples, the only alteration to the verb has been the addition of “-d” or “-ed.” Notice, too, that the past tense and past participle forms are identical in each case—this is a defining feature of regular verbs.

In some cases, though, we have to modify the verb slightly further in order to be able to add “-d” or “-ed.”
For instance, with verbs that end in a “short” vowel followed by a consonant, we double the final consonant in addition to adding “-ed”;* when a verb ends in a consonant + “y,” we replace the “y” with “i” and add “-ed”; and when a verb ends in “-ic,” we add the letter “k” in addition to “-ed.”
For example:
*An exception to this rule occurs for words that end in a soft vowel and the consonant “l” (as in travel, cancel, fuel, label, etc.). In this case, we merely add “-ed” to form the past simple and the past participle (as in traveled, canceled, fueled, labeled, etc.)—we do not double the consonant. Note, however, that this exception only occurs in American English; in other varieties of English, such as British or Australian English, the consonant is still doubled.

What is an irregular verb?

Irregular verbs, by their very definition, do not have spelling rules that we can follow to create the past simple tense and past participles. This means that the only way of knowing how to spell these forms is to memorize them for each irregular verb individually. Below are just a few examples of some common irregular verbs.
As you can see, irregular verbs can have endings that are dramatically different from their base forms; often, their past simple tense and past participles forms are completely different, too. Again, the only way to learn these variations is to memorize them.

Let’s look at some sentences that use irregular verbs in their various forms:

Although there are stark differences between regular and irregular verbs when it comes to conjugating their past simple tense and past participles, both kinds of verbs do follow the same conventions when creating present participles and present tense in the third-person singular (the other two elements of verb conjugation).
For example:
Regular Verbs
Irregular Verbs
The exception to this is the verb be, which conjugates the present tense irregularly for first, second, and third person, as well as for singular and plural:
For this reason, be is known as a highly irregular verb. Note, however, that it still forms the present participle following the same conventions as all other verbs.
Get all volumes of The Farlex Grammar Book in paperback or eBook. 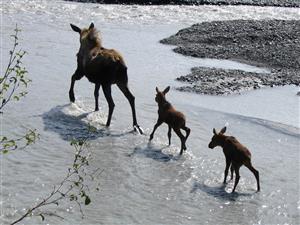 What rhymes with orange? And 8 other burning language questions
Feedback
Trending