What is the past simple tense?

The past simple tense (also called the simple past tense, or simply the past simple) is used to express completed actions. We often use the past simple with an adverb or adverbial phrase that specifies a time from the past, such as yesterday, last year, an hour ago, etc.

This tense is known as the past simple because, like the present simple tense, it does not require any auxiliary verbs to complete its meaning; its structure is simply the subject + the past tense form of the verb.
For example:
However, we do not know anything about when the action was completed. We often add adverbs or adverbial phrases that provide additional information about past time, which can be placed at the beginning or end of the sentence. If appearing at the beginning of the sentence, these adverbs are often set apart by commas (although this is not necessary if the information is only one or two words). However, this information can’t come between the subject and the verb, and it usually does not come between the verb and any information that is necessary to complete the verb’s meaning (such as its direct object or an adverbial complement). For example:
In more stylized writing, however, adverbials relating to time will sometimes come between a verb and its complement, which gives them extra emphasis in the sentence. For example:
Notice that the tone becomes much more formal and the sentence sounds a bit more convoluted. In most cases, it is best to avoid this structure.

We can also use question words (such as who/whom, what, where, etc.) before did if we are asking for specific information. For example:
Additionally, we can use who without the auxiliary did in interrogative sentences in the past simple tense. In this case, it is functioning as an interrogative pronoun and acts as the subject of the sentence. Because we no longer need did to complete the sentence’s meaning, we use the past tense of the main verb once again.

Negative interrogative sentences also ask a question, but they imply that the speaker expects the answer to be (or believes the answer should be) “yes.” We form these by adding the auxiliary verb did before the subject of the sentence and the word not after the subject. Did and not are very often contracted, in which case didn’t comes before the subject:

Other types of sentences

The types of sentences we’ve covered above are the most common uses of the past simple tense. However, there are a couple of other ways we can use the past simple to express specific meanings.

Emphatic did – the past emphatic tense

There is another way that we can form a positive sentence in the past simple tense. It is known as the past emphatic tense, and it is formed by using did before the main verb, which is in present tense. It is the same construction as negative sentences in the past simple tense, except that we leave out the word not.
This form places special emphasis on the fact that something happened in the past, which is usually used as a means of explanation or to convince someone of something. For example:
We can hear the emphasis that is placed on the word did in these sentences if we read them aloud, and it is this stress that creates the explanatory intonation in the text.

Using the past simple tense for hypotheticals (the subjunctive mood)

If we are expressing a wish or desire, we usually use the past tense; for a present wish, we use the past simple.
For example:
This is an example of what’s called the subjunctive mood in English, which is used for expressing things that are hypothetical or not objectively factual. To learn more about how the past simple tense is used in this way, see the section on subjunctive mood under the chapter on Mood.
Get all volumes of The Farlex Grammar Book in paperback or eBook. 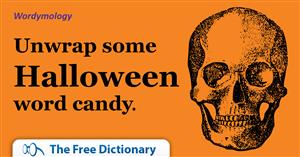