What is a modifier?

Modifiers are, quite simply, any word or group of words that modifies (describes or elaborates upon) another element in a sentence. Modifiers can either be adjectives, which modify nouns (or sometimes pronouns), or adverbs, which modify pretty much everything else (usually verbs, adjectives, and other adverbs). Whether a modifier is an adjective or adverb depends on what it modifies and how it functions in a sentence.

Other categories of adjectives

In addition to the single-word adjectives we looked at above, we can also use adjective phrases and relative clauses (also called adjective clauses) to modify nouns. We’ll look at both briefly below, but to learn more about how they are formed and used, go to their sections in the chapter on Adjectives.

As we learned above, an adverb is a word that modifies or describes a verb, adjective, other adverb, or an entire clause. For example:
There are many different categories of adverbs, which provide specific kinds of descriptions and which behave slightly differently in a sentence.
The table below provides a quick breakdown of the different categories and how they are used to describe something in a sentence. Go to the section for each individual category to see more examples and learn more about how each one is used.
(Note that most of the examples below are single-word adverbs. However, adverbial phrases—and sometimes adverbial clauses—can also belong to each category.)

An adverbial phrase (also known as an adverb phrase) is group of words that functions as an adverb in a sentence. These can be adverbs modified by other adverbs, adverbial prepositional phrases, or adverbial infinitive phrases.
For example:

In simple sentences, it is usually easy to understand what a modifier is modifying. However, when we begin adding more information into longer sentences, we must be careful that we make it clear which elements are modifying which parts of the sentence.
If we place a modifier too far away from the thing it describes, it can become a misplaced modifier. In some cases, a modifier may be in the correct position for its intended recipient, but too close to another element, making it look like it is describing the wrong thing; this is known as a squinting modifier.
We must also make sure that the thing being modified is explicitly stated in the text, otherwise we might be left with a dangling modifier.

A misplaced modifier can occur when we don’t place the modifier close enough to the word that it modifies, making its meaning unclear or incorrect. For example:
Because of its placement in the above sentence, we would presume that the adverb slowly is modifying sang. If it is meant to modify driving, the adverb should be placed directly before or after the verb it’s modifying to eliminate this confusion, as in:
or
Here’s another example:
Now the sentence is completely incorrect, because, due to its position, rusted is modifying woman instead of bicycle. The sentence should read:

These types of errors often occur with participle phrases. Because they can appear in the beginning, middle, or end of a sentence, it can be easy to misplace the noun or noun phrase they are modifying. For instance:
In the above sentence, the participle phrase terrified after watching a scary movie is supposed to modify my little sister. However, since my father appears closer to the participle phrase, it seems it is the father who is terrified.
The sentence should be rewritten to correct the misplaced modifier. For example:
or or

Occasionally we use a modifier in the correct technical position, but its meaning can be misconstrued because of another word that is too close to it. This usually happens with adverbials, as they can appear before or after the words they modify. For example:
So often seems like it could be modifying either sings or annoys, because it’s technically in the correct position for both. We should rewrite the sentence to make it more clear what is meant:
or

A dangling modifier occurs when we don’t clearly state the noun that is supposed to be modified by the modifying phrase. These are especially common with participle phrases. For example:
Because the sentence does not state who was walking down the road, is seems that it was the birds, which is probably not the intended meaning. The sentence needs to include another noun or pronoun being described by the phrase to correct the dangling modifier. For example: 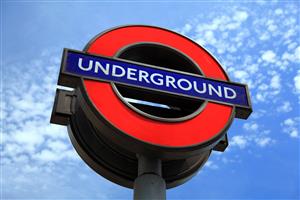