Grammatical inflection (sometimes known as accidence or flection in more traditional grammars) is the way in which a word is changed or altered in form in order to achieve a new, specific meaning.
Verbs are the most commonly inflected words, changing form to reflect grammatical tense, as well as mood, voice, aspect, person, and speech. Collectively, this is known as conjugation.
The other parts of speech that can undergo inflection are nouns, pronouns, adjectives, and adverbs. These are categorized collectively under the term declension.
Most inflection is done according to consistent rules and patterns, but, as we’ll see, there are many words that are irregularly inflected.
We’ll look at the basics of conjugation and declension below, and then briefly discuss regular vs. irregular inflection. Continue on to the individual sections to learn more about them in greater detail.

As we noted above, conjugation refers specifically to the inflection of verbs.

When we discuss conjugating verbs, we are usually referring to how a verb changes according to tense—that is, when an action happened in time. Verbs in their basic form are naturally in the present tense (specifically known as the present simple tense). For example:
Verbs can only be truly inflected for the past tense (specifically the past simple tense). Most verbs are changed by adding “-d” or “-ed” to their end (which also forms their past participle form). However, many verbs are considered irregular and have past tense and past participle forms that cannot be predicted. For example:
Using auxiliary verbs and verb participles, we can also create the continuous, perfect, and perfect continuous forms of either the past or present tense. For instance:
Finally, we can also form an approximation of the future tense. Verbs do not have a specific form to reflect future action, so we use other verb constructions to achieve this meaning, usually the modal auxiliary verb will, as in:

Grammatical aspect is concerned with how an action, state of being, or event occurs in time; we use it with tense to create specific forms of verbs in relation to time.
Each verb tense has four aspects, or temporal structures: the simple, the perfect, the continuous, and the perfect continuous. These coincide with the different verb tenses we looked at above. When we form the present continuous tense (“I am walking”), for instance, we are actually using the continuous aspect of the present tense.

Most of the time when we speak or write, we are discussing or asking what is true, real, or actually happening. This is known as the indicative mood. For instance:
When discussing an unreal, hypothetical, or desired situation, we use what’s known as the subjunctive mood. This is usually marked by shifting the verb into the past tense, as in:
(*Traditionally, the verb be always conjugates to were in the subjunctive mood, regardless of the plurality of the subject of the sentence. However, it is becoming common in modern English to use was if the subject is singular.)
When we make direct commands to someone, we use what’s known as the imperative mood to form imperative sentences. They have no subject (it is implied), and the verb is in the base or bare infinitive form. For example:

Voice has to do with the relationship between a verb and its source of agency—the person or thing performing or controlling the action of the verb. This is usually the subject of the sentence or clause, which is known as being in the active voice. For instance:
We can also construct sentences in which the subject of the sentence is not the agent of the verb, but rather the object of its action. If the agent is identified, it is only in a prepositional phrase at the end of the sentence. This is known as passive voice. For example:

Grammatical person refers to whether the subject is the speaker or writer (first person), someone being directly addressed (second person), or a person or thing that is being spoken or written about (third person). Each of these can be either singular or plural.
Almost all verbs are conjugated a specific way only if the subject is in the third person, is singular, and is in the present tense. We do so by adding an “-s” or “-es” to the end of the verb, as in:
The exception to this is the verb be, which has several unique conjugations for grammatical person and tense. For example:

Grammatical speech refers to the quotation of or reference to something said or written by someone else. We typically indicate this by shifting a “reporting” verb (said, told, ask, etc.) into the past tense.
When we say exactly what someone said (known as direct speech or direct quotation), we use quotation marks, as in:
When we are only paraphrasing or summarizing what someone said, it is known as reported or indirect speech, and we do not use quotation marks. For example:

Generally, we only decline nouns to mark plurality—that is, whether there is more than one person, place, or thing being discussed. We usually do so by adding an “-s” or “-es” to the end of the noun, as in books, watches, toys, cars, etc. There are a few other spelling patterns that apply, and there are a number of irregular plurals that do not follow any conventions at all—go to the section on Plurals to learn more.
We can also decline certain nouns to reflect gender, as in prince (masculine) vs. princess (feminine). However, the majority of nouns in English are not inflected for gender.

For the most part, only personal pronouns are subject to inflection. We decline personal pronouns based on grammatical person, number, gender, and case. The pronouns who and whoever can also be declined to whom and whomever to reflect the objective case; however, this is becoming less common in everyday speech and writing.
The table below provides a quick breakdown of the various personal pronouns. (Reflexive pronouns, though not technically a type of personal pronoun, are so closely related in form that they have been included as well.) Continue on to the Declension chapter or go to their individual sections in the chapter on Personal Pronouns to learn more about how they are formed and when they are used.

Declension of adjectives and adverbs

Inflection is usually determined by clear, consistent rules or patterns. This is known as regular inflection. Most of the examples we’ve looked at so far have been according to regular inflection.
However, there are also many instances of irregular inflection, in which the way the word changes is completely unique and does not follow (or seem to follow) any predetermined rules.
For instance, irregular inflection occurs with many of the plurals of nouns. Words like children or mice are irregular plural forms of child and mouse.
It also occurs with adjectives and adverbs when we decline them for the comparative and superlative forms. For example, the adjective good becomes better (comparative) and best (superlative), which are also the inflected forms of the adverb well.
Some adverbs that are formed from adjectives are also irregular—well, for instance, is the irregular adverb form of the adjective good.
Verbs are the most notorious for their irregular inflection, which is defined as having past tense and past participle forms that a) are different from one another, and b) have different spellings than the usual “-d” or “-ed” endings. For instance, the past tense of the verb sing is sang, while its past participle is sung.
Go to the section Regular and Irregular Inflection in this chapter to learn more about these tricky exceptions. 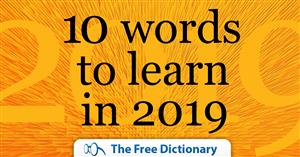