What is an infinitive?

An infinitive is the most basic form of a verb. It is “unmarked” (which means that it is not conjugated for tense or person), and it is preceded by the particle to, as in to run, to read, to swim, etc.
Infinitives are known as non-finite verbs, meaning they do not express actions being performed by the subjects of clauses. Instead, infinitives function as nouns, adjectives, or adverbs to describe actions as ideas.
Infinitives are distinct from a similar construction known as bare infinitives or the base forms of verbs, which are simply infinitives without the particle to. Although nearly identical, we use them in different ways than “full” infinitives, which we’ll look at later in this section.

Infinitives are used to express an action as a concept, rather than what is being done or performed by the subject of a clause. In this way, they can function as nouns, adjectives, or adverbs—that is, nearly any role in a sentence except that of a main verb.
Infinitives can stand on their own to complete these functions, or they can work together with their own predicates (any additional information that modifies or completes them) to form infinitive phrases. Infinitive phrases function as a nouns, adjectives, or adverbs as a single, holistic unit.
(In the examples in this section, infinitive phrases have been put in bold, while the infinitive verbs that begin them are in italics.)

To make an infinitive or infinitive phrase negative, we use the word not before the infinitive. We can also put greater emphasis on not by placing it after to.*
(*This creates what is known as a split infinitive—an infinitive that has an adverb between to and the base form of the verb. While some traditional grammar guides state that this should never be done, in reality there is no such “rule” in English; it is perfectly grammatical to split an infinitive, and in many cases it sounds more natural to do so.)

Because infinitives and infinitive phrases can function as nouns, it means that they can be the subject of a clause, the direct object of a verb, or a predicate noun.

The subject performs, occupies, or controls the action of the verb.

As objects in reported speech

When we use reported speech, we often use infinitives as the direct object of a “reporting verb” to express what was said or asked in the past. For example:

Certain verbs can take either gerunds or infinitives as direct objects. In some cases, this results in no difference in meaning. For example:
In other instances, however, the meaning of the clause is significantly changed as a result. For instance, the verbs remember, forget, try, and stop can have both infinitives and gerunds as direct objects, but the meaning changes depending on which is used. For example

Predicate nouns are a subset of a larger category known as subject complements (including predicate pronouns and predicative adjectives), which rename or re-identify the subject after a linking verb (usually a form of the verb be). For example:

When infinitives are used as adjectives, they function in a similar way to relative clauses (also known as adjective clauses), providing more information about a noun or pronoun that they appear directly after. For example:

We can also use infinitives as adverbs to modify the main verb in a sentence, describing a reason why an action is, was, or will be done. Infinitives used in this way are often known as infinitives of purpose. For example:
We can also use the phrases in order and so as to add formal emphasis to an infinitive of purpose, as in:
Note that we do not use the preposition for before the infinitive; we only use for with a noun or noun phrase to create a prepositional phrase that modifies the verb to describe its purpose. Consider, for example, these three sentences:

We can also use infinitives in this way as isolated responses to questions asking why something is done or is the case. For example:
These responses are known as elliptical sentences, meaning that part of the sentence has been omitted because it is implied. In this case, the implied section is “because I wanted. . . .” As this element is implicitly understood, we often leave it out entirely and simply use the infinitive on its own.

The base form of a verb is simply the infinitive without the particle to—like an infinitive, it is uninflected for tense and person. Because of this similarity, the base form of a verb is often known as a bare infinitive, and some grammar guides and writers make little distinction between the two forms.
However, infinitives and base-form verbs function differently, so it is important to distinguish between them. An infinitive can be used in a sentence as a noun, an adverb, or an adjective, but it cannot act as a true verb that expresses the action of a subject.
The base form of a verb, on the other hand, can be used in conjunction with the auxiliary verb do to become negative or to form questions. They are also used with modal auxiliary verbs to express things like possibility, necessity, obligation and permission, as well as to create the simple future tense.

The base form is also used after the direct object of certain action verbs, such as let, help, and make, as well as after verbs of the senses, such as hear, see, and feel.
Let’s look at some examples of these below. The bare infinitives (base forms) are in bold, while the main verbs are underlined and the direct objects are italicized:
(Note that these are not the only verbs that can be followed by bare infinitives.)

The base forms of verbs are also used after the phrase had better, which acts like the modal verb should to suggest a required or desirable action. For example:

Bare infinitives can also follow the word why to form questions, as in:
These types of questions are called elliptical, which, as we saw above, means that part of the sentence has been left out because it is implied. The full questions might read:
Since the italicized parts of these sentences can be implied, they are sometimes left out entirely.
Get all volumes of The Farlex Grammar Book in paperback or eBook. 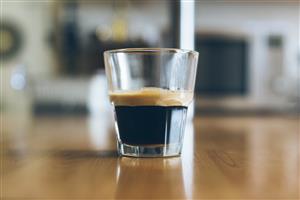