Spelling refers to the way we structure words visually (using letters of the alphabet), while pronunciation refers to the way in which these words are formed verbally (using different speech sounds). Both spelling and pronunciation are notorious aspects of English, as there are many inconsistencies, irregularities, and seemingly illogical aspects to how each is formed. To help make sense of them, we’ve divided this guide into four major chapters: The Alphabet, Spelling Conventions, Pronunciation Conventions, and Common Mistakes and Commonly Confused Words.

The first chapter will go into detail about the vowels and consonants that make up The Alphabet, describing the variety of sounds each letter can make. We’ll also look at digraphs, trigraphs, and tetragraphs (sets of two, three, and four letters, respectively, that create single, unique speech sounds), as well as other letters, marks, and symbols that are not part of the regular alphabet but may still be encountered in English spelling.

The second chapter will deal with the various conventions that can help us make sense of English spelling. Notice that we use the word conventions, not rules; while there are some concrete patterns in the way words are spelled, very few constitute real “rules,” as most of them have many exceptions and irregularities.
The majority of these spelling conventions deal with affixes, which primarily comprise prefixes and suffixes. Prefixes are small, word-forming elements that attach to the beginning of words, while suffixes are word-forming elements that attach to the end of words. While prefixes are largely self-contained in their impact on spelling, there are a number of spelling conventions with suffixes that dictate the multiple aspects of words’ spelling, such as changing Y to I before vowel suffixes, adding suffixes after silent E, and doubling consonants with vowel suffixes. We’ll go in depth with each of these conventions, examining their various patterns and rules as well as all the various exceptions for each.
Closely related to suffixes is the notion of inflection in spelling, which refers to the ways in which a word’s spelling may change to reflect its grammatical function in a sentence. Most instances of inflection are achieved by attaching a suffix (such as attaching “-s” or “-es” to form a plural), but some instances of inflection occur when the entire word changes (as with the inflection of personal pronouns, e.g., I, me, my, mine).
The remaining spelling conventions are much narrower in scope than suffixes and inflection. We’ll discuss how to form contractions (words formed from two words joined together with an apostrophe), the three-letter rule (which states that words consisting of fewer than three letters will usually be grammatical function words), the “I Before E, Except After C” rule (which states that I will usually appear before E unless they both come after the letter C), and rules for capitalization (both for specific words in a sentence and the words in a title).
The final sections we’ll cover in the Spelling Conventions chapter have to do with other languages and other dialects of English. First, we’ll look at foreign loanwords and loan translations, which are words that are taken directly from other languages (either in translation or in the original language). After that, we’ll compare the various differences in American English vs. British English spelling that tend to give writers trouble.

The third chapter will cover various conventions for how words are pronounced. First, we’ll look at tricky vowel sounds, specifically focusing on the difference between monophthongs (standard vowel sounds), diphthongs (two vowel sounds that glide together in a single syllable), and triphthongs (three vowel sounds that glide together in a single syllable).
After that, we’ll look at tricky consonant sounds—specifically, how to form the /k/ sound, the /z/ sound, and the /ʒ/ sound (the G sound in beige), as well as the various ways of pronouncing the letter S.
Next, we’ll go over the various silent letters. The most ubiquitous of these is silent E, which has a variety of different functions depending on the letters around it in a word, but U can also be silent, as can many different consonants.
The next convention we’ll look at in this chapter is the way in which letters are grouped into syllables, as well as how syllables are divided and counted within a word. Closely related to that is word stress, which dictates which syllable within a word will receive the most vocal emphasis in speech. Finally, we’ll look at sentence stress, which governs which words in a sentence receive more emphasis than others.

The final chapter in this guide deals with many different words that are either commonly misspelled or commonly confused with other words. Wherever possible, we’ll try to provide useful mnemonic tricks to help remember the difference between them. 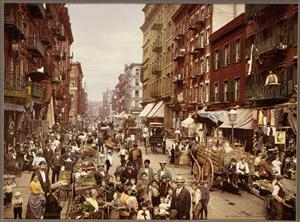