What is a correlative conjunction?

We use both … and when we want to put emphasis on two elements that are true in a sentence. We could also use the coordinating conjunction and, but it doesn’t achieve the same emphatic effect. Compare:
In the above examples, the sentences using both … and are more emphatic. Note, however, that the both … and construction doesn’t join independent clauses, only words or phrases.

We use either … or to present two options. Again, it emphasizes the fact that the choice is limited to only the two given options. For example:

We use neither … nor to negate two options. For example:
Note that when neither and nor begin two independent clauses, we must use negative inversion (the reversal of the subject and auxiliary verb) for each, as in the third example.

We use not … but to express a contradiction, negating the first option while emphasizing the second. For example:

not only … but also

We use not only … but also to emphasize an additional element in the sentence, especially when its occurrence seems contradictory or surprising in light of what we already know. For example:
Note that when not only is used to introduce an independent clause, as in the third example, we must use negative inversion (like with neither … nor). When but begins the second independent clause, the subject comes between it and also.

We use just as … so to indicate that the two elements being joined are similar. Usually, just as begins an independent clause, and so is followed by a second independent clause. Traditionally, the clause after so should be inverted, as in:
However, it’s also common (especially in informal writing and speech) for this structure to occur without inversion, as in:

When we join two subjects with a correlative conjunction, subject-verb agreement can be tricky. Luckily, there are some widely accepted rules to help us.

In general, when we join two singular subjects using a correlative conjunction, the verb that follows should be singular. For example:
One exception to this rule is when using both … and. In this case, we use a plural subject:

When we join two plural subjects, the verb that follows should also be plural. For example:

One singular and one plural subject

Sometimes, we join a singular subject to a plural subject. In this case, the majority of style guides state that the verb should agree with the noun that is closest to it. For example:
However, there are also those who believe that if either of the subjects is plural, then the verb should also be plural. According to this preference, the second sentence above would require the plural form of the verb because the first subject, my cousins, is plural:
If this is confusing or you’re not sure which style you should use, you can avoid the problem entirely by switching the order of the subjects so that the plural subject comes closest to the verb. In this way, we satisfy both styles:

Just as we have to take extra care with subject-verb agreement, we also have to be careful with pronoun agreement when using correlative conjunctions.

When we join two singular subjects, we should use a singular pronoun. For example:
Again, both … and presents an exception. We normally use a plural pronoun with this correlative conjunction:

When we join two plural subjects, we should use a plural pronoun to refer back to them. For example:

One singular subject and one plural subject

When we join a singular subject and a plural subject, we run into the same problem that we had with subject-verb agreement. Again, the most widely accepted practice is that the pronoun should agree with whichever noun is closest to it. For example:
As with subject-verb agreement, the other side of the argument is that if either of the subjects is plural, the pronoun should be plural. In this case, the second example above would be rewritten as:
Again, we can avoid the issue entirely by rewriting the sentence so that the plural subject is closest to the pronoun:
Get all volumes of The Farlex Grammar Book in paperback or eBook. 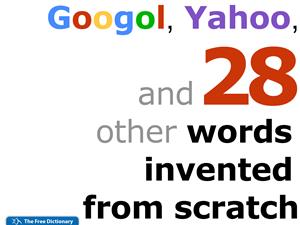 Googol, Yahoo, and 28 other words invented from scratch
Feedback
Trending