What is an action verb?

Action verbs (also known as dynamic verbs) are verbs that are used to explain what the subject of a sentence is actively doing. For example, ran, swim, jump, move, look, and catch are all action verbs. Here are some examples of action verbs being used in sentences:

Consider the following sentences:
Neither of these sentences contains a verb that describes an action the subject is taking. Instead, they use the stative verb be to describe the conditions or states of being of the subjects. However, adding action verbs helps to identify what the subject of the sentence is actively doing:
Action verbs can also dramatically impact the meaning of the sentence. They not only say what the subject is doing, but can also demonstrate the manner in which the subject is doing it. For example:
The action verb sat lets the reader know that Susie moved from a standing position to a sitting position on her couch. The following sentence also tells the reader this information, but the different choice of action verb provides more meaning to the sentence:
In this sentence, the action verb collapsed not only indicates that Susie moved from a standing position to a resting position, but that the transition was much more dramatic. This could be used to illustrate that Susie was very tired or perhaps not feeling well. In any case, it provides a more descriptive action than sat.
Here is another example of similar action verbs providing different information:
In both of the above sentences, the man is moving the stone off the path. However, the action verb tossed implies that the stone was light enough to throw, while heaved indicates that the stone was very heavy. As you can see, by changing the action verb, we have significantly changed the sentence’s meaning.

Difference from other verb types

All sentences require a verb to be complete, but it does not have to be an action verb: there are also stative verbs, linking verbs, and auxiliary verbs.

Unlike action verbs, stative verbs indicate the state or condition of the subject, such as thoughts or opinions (agree, recognize, doubt), possession (own, possess, belong, have), emotion (love, hate, like, fear, enjoy), or senses (seem, look, hear, taste, feel).
We can see how no action is being described by these verbs in the following examples:
You may have noticed that some of the stative verbs can function as action verbs in certain contexts. In this case, a simplified rule for identifying if a verb is stative or active is to conjugate the verb into one of the continuous tenses (by using its present participle) and see if the sentence still makes sense.
For example:
However:
(There are some exceptions and peculiarities in English around this rule, but it is a good starting point for differentiating stative and action verbs. Go to the section on Stative Verbs to learn more.)

Linking verbs are a subset of the stative verbs we looked at above—they also describe a condition or state as opposed to an action. Linking verbs are used to connect a subject to an adjective or phrase that describes it. For example:

Auxiliary verbs are verbs that precede stative, linking, or action verbs to help complete their meaning. For example:
Get all volumes of The Farlex Grammar Book in paperback or eBook. 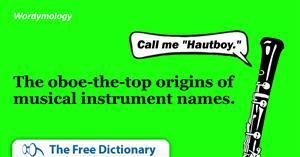